Indigenous languages remain widely practiced in Vanuatu. They are the first languages learned for 92% of ni-Vanuatu and, of those indigenous first learners, 94% report strong comprehension as well as ability to speak their indigenous language. Traditional knowledge, measured through ones understanding of the traditional planting calendar, family history and place, and local flora and fauna, is quite strong with 97% of respondents having a strong or moderate understanding. Traditional wisdom, however, measured through ones understanding of traditional stories, dances, songs, and games passed down for generations, is relatively weak with 47% deficient in all categories. Traditional production skills are quite prevalent with members of 41% of ni Vanuatu households able to perform 10 common tasks and 61% able to perform 5 basic tasks, including planting and harvesting crops, roasting food, producing medicines and producing materials used for housing—all skills that reduce dependency on cash for decent livelihoods. Traditional wealth items, identified as those objects which have traditional exchange value (for purposes of this study, the common TWIs were identified as pigs, yams, mats, and kava), are highly accessible without needing cash. 66% of ni-Vanuatu have free access to all TWIs while an additional 31% have free access to some. Participation in traditional ceremonial activities, including but not limited to marriage, death, circumcision, status, reconciliation, birth, and harvest ceremonies, is very important or important for 92% of ni-Vanuatu. Individuals who place higher importance on participation in traditional ceremonial activities are, on average, happier than those who place little or no importance on such activities.

A majority of communities in Vanuatu have meetings either regularly or as needed, with only 22% of respondents reporting their communities do not meet. Of those whose community meets, a majority, or 56% of respondents, occasionally go to meetings, with an additional 34% reporting regular attendance at community meetings. Individuals who attend and participate in community meetings are, on average, happier than those that do
not. When asked to assess their chiefs' ability to communicate, settle disputes, manage community assets, and adhere to customs, 67% of ni-Vanuatu provided a fully positive assessment, with only 2% having a fully negative opinion of their chiefs' abilities. The rate of voluntarism in the 12 month period prior to the survey was 83%. Less than 10% of ni-Vanuatu have a low level of trust in their neighbors. In material terms, 38% of ni-Vanuatu perceive their family as being equal with other families in their community—32% view themselves as worse off, and 11% as better off. In a prioritization of select Melanesian values, the top three considered by 90% or more ni- Vanuatu as very important or important are: 1) Going to church; 2) Respect for family, and; 3) Respect for chiefs.

Nearly half, or 49%, of chiefs report no outstanding or unpaid fines within the community. It was also uncovered that only 10% assign fines with traditional wealth items, whereas 18% assign fines in cash and the remainder either occasionally using one or the other or assigning a fine in cash values but accepting TWIs as payment should the offender choose not to pay with cash. 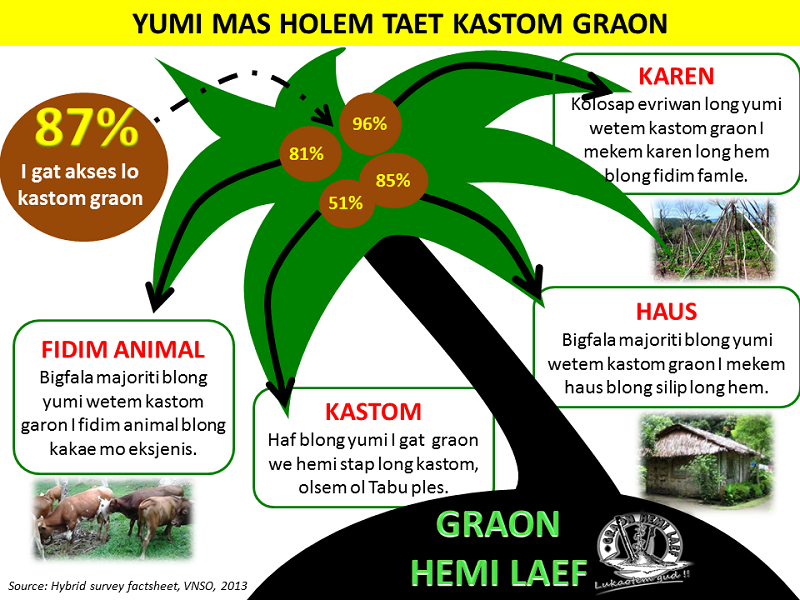 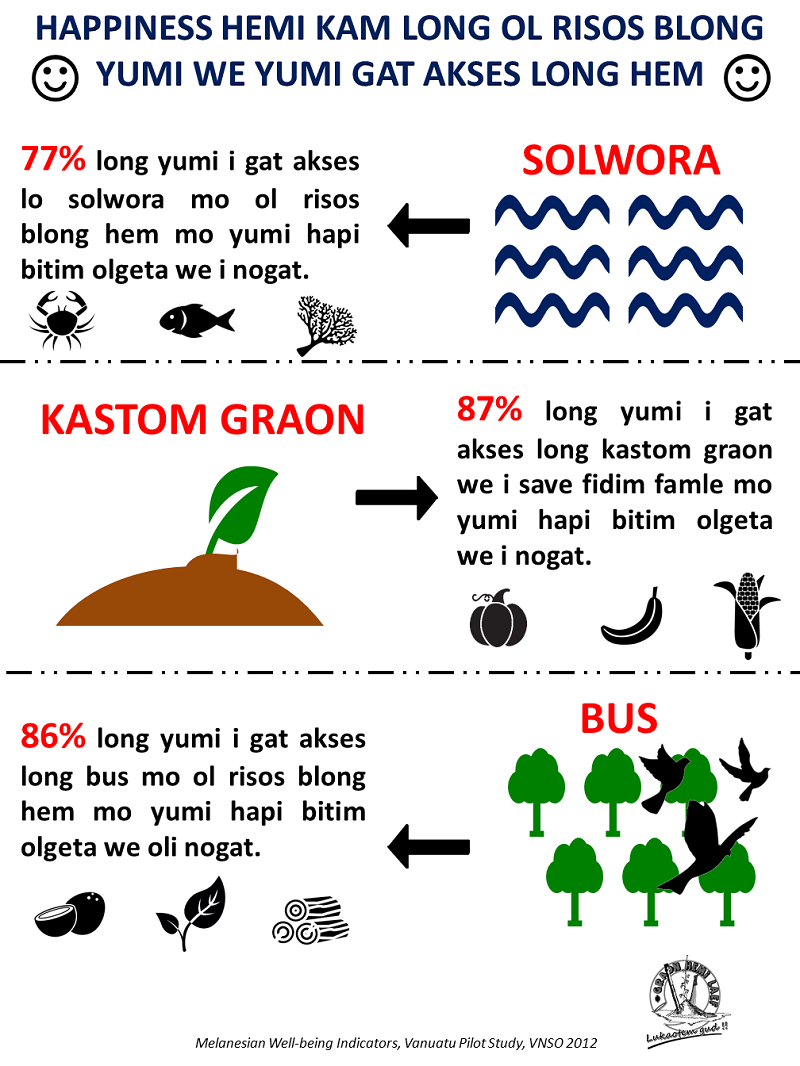 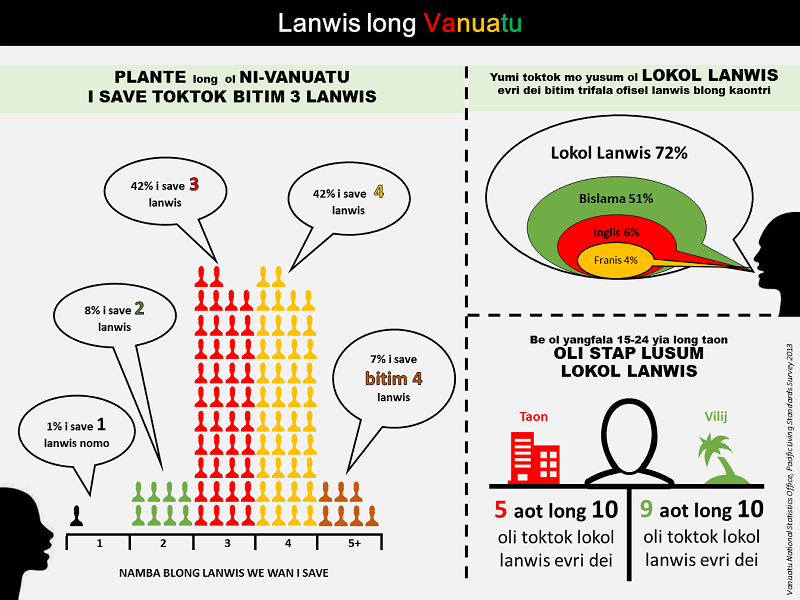 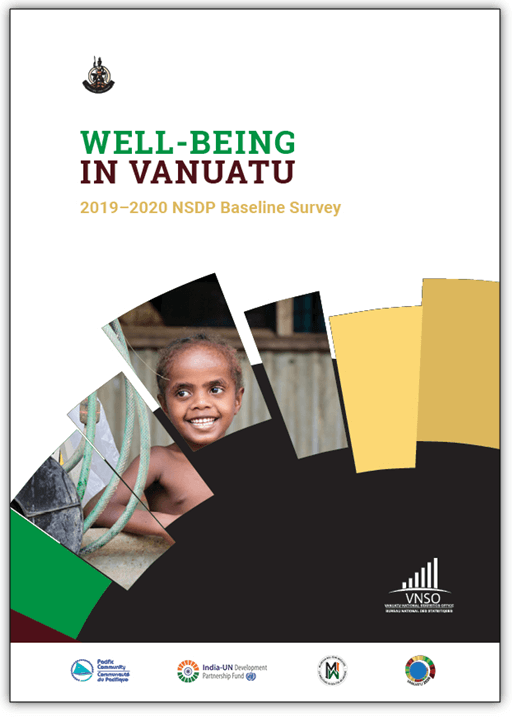