The 2020 Population and Housing Census preparations are already underway, the three Census teams are already starting out their schedules.

The publicity team are already negotiating with Media outlets such as FM & radio stations as well as online media platforms to promote the upcoming 2020 Population and Housing Census starting on November 16th 2020. The awareness through Digicel and Vodafone SMS services has been going on already in August and will continue for the next two months. Negotiations with DLA for awareness to circulate through Area secretaries, of all area councils throughout Vanuatu and the six provinces. The Publicity team also circulate link of online recruitment through social media platforms as well as the VNSO's website. Furthermore a presentation at the Malvatumauri Council's of Chiefs was also carried out to promote the 2020 Census in order spread awareness through the Chiefs network to the rural communities. 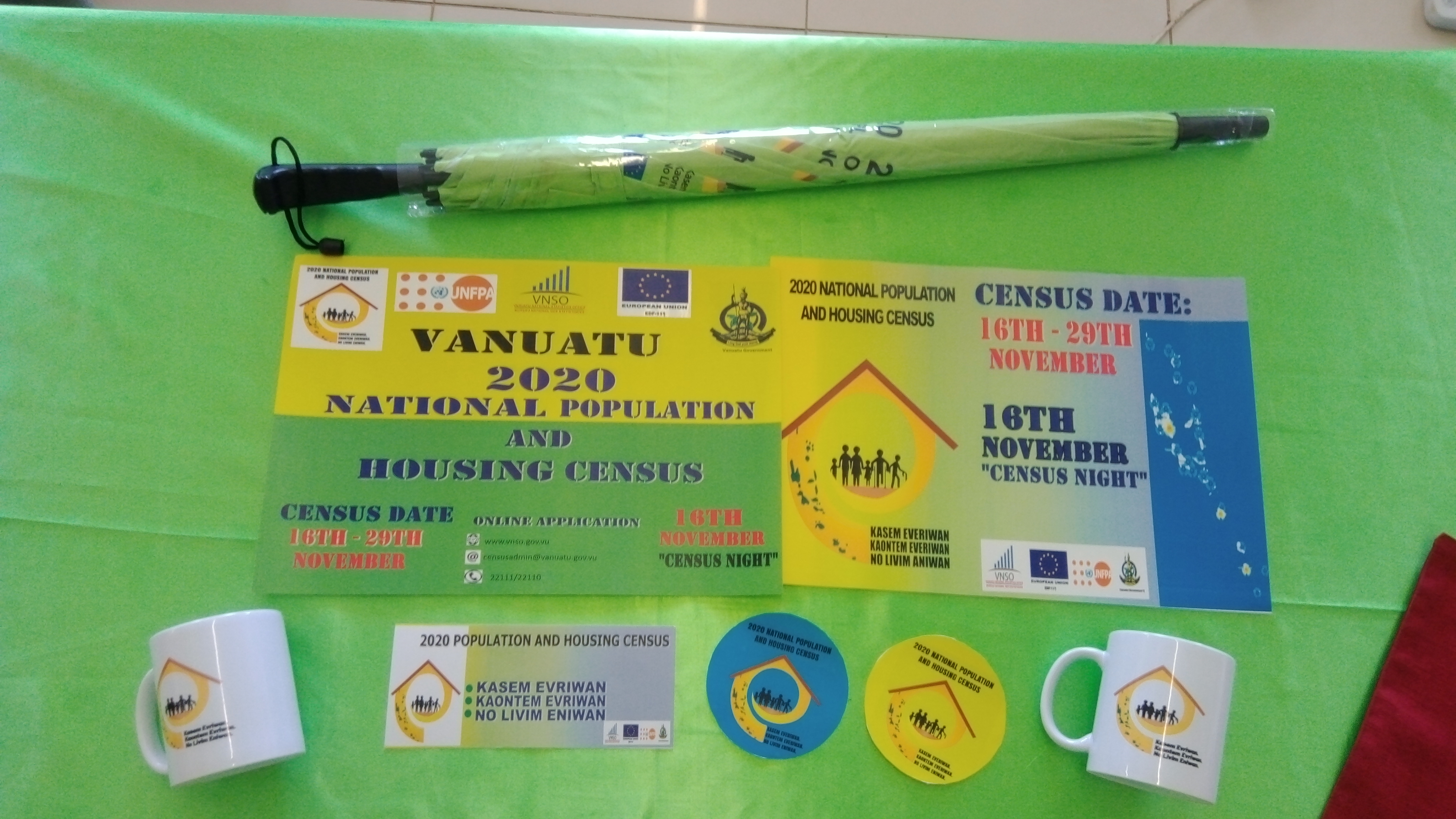 Logistic & administration team have also started on their work plan schedules, recruitment's is now open and any interest male or female   18 years   above can apply and application are only completed online. Check the Census Recruitment Section for more information. Training will commence straight after the selection of field   enumerators, supervisors, and headquarter supervisors. There will be different venues based on the six provinces and the urban areas. The logistic team have also purchase supplies of       Census proper-id badges,stickers, umbrellas, enumerator bags, cups, etc.  The logistic team will also confirm training teams to be deployed to different training sites throughout the country.

The Census Teams will continue to give monthly updates on their progress and tasks achieved so far. keep checking for more updates in the 2020 Census Update section.

Hello Everyone Year 2020 is the year of the country's 4th National Population and Housing Census. if you are interested in participating in the National Census, please check the link for online application on the the Home page of the VNSO website. Another direct link is http://www.vnso.gov.vu/vnsoreg/ . Applications will be closed on the 11th of September 2020. 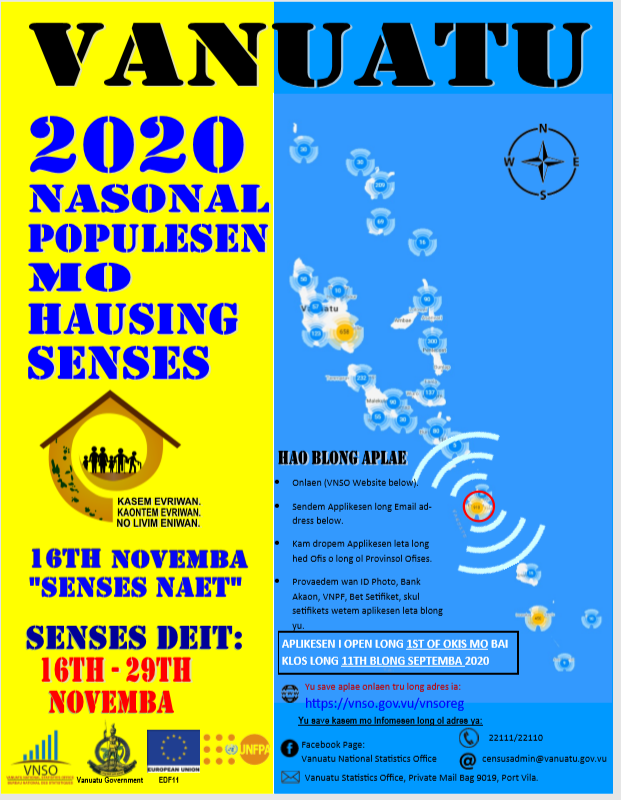 On the 22nd of July 2020, the Housing and Population Census was launched by the Vanuatu Finance Minister Johnny Koanapo.

Previous National Population and Housing Censuses were carried out in 1989, 1999 and 2009. this is only because the Vanuatu National Censuses usually happens after 10 years, so in 2020  Data collection for the fourth National Population and Housing Census that will chart the course for the country’s future planning and development will begin on November throughout Vanuatu. This 2020 census should provide a baseline information on the population of households and individuals, Vanuatu National Statistics Office is in charge of the coordination, planning, recruitment and data collections of the Housing and Population Census.

A large number of field workers will be deployed in November for the first phase of the census, to count all person living in the country. therefore it is estimated that 700 fieldworkers, 150 supervisors, and 50 headquarter supervisors will be recruited very shortly. Application is made available online via the VNSO website as well as other relevant websites.

Information will cover number of people, sex structure as well as their living conditions and other key socioeconomic characteristics that were vital for policy formulation, crisis response and area council profiling.